The Secret Diary of Boris Johnson Aged 13¼ has been written by Lucien Young and will be published on 17th October.

According to the book’s publisher, as well as diary entries, the book will also feature young Boris’ literary endeavours through poems, essays, and even portions of a sci-fi novel. “These will reflect the defining moments of his life, but especially his bitter rivalry with schoolmate David Cameron” 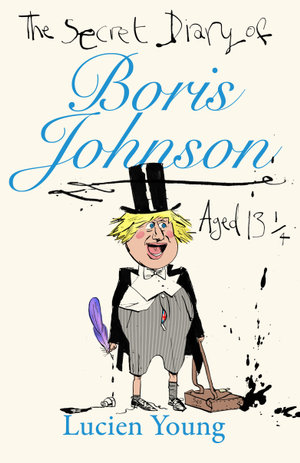 Young’s previous books include The Secret Diary of Jeremy Corbyn.

He said: “Like the vast majority of people in this country, I had no say in choosing our new PM. Fortunately, I had the next best thing, which is a chance to mock his insanely privileged schooldays in book form. I hope fellow denizens of BoJo’s Britain enjoy my account of the thatch-headed wasteman — the main challenge has been to come up with something more ludicrous than reality.”