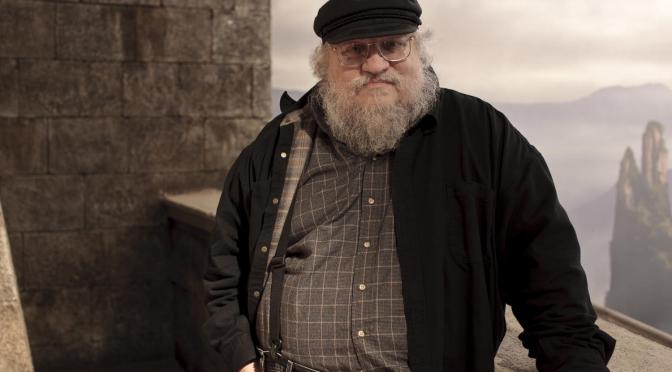 A new new book in George RR Martin’s Wild Card series will be published in 2017.

The series was created by Martin and he now acts as co-editor of the series alongside Melinda M Snodgrass.

High Stakes, the 23rd book in the series, has been written by Snodgrass as well as John Jos. Miller, David Anthony Durham, Caroline Spector, Stephen Leigh and Ian Tregillis.

Each of the writers is allowed to keep the copyright to their own character and stories.

Pitched as a novel of superheroes, villains and Lovecraftian horror, it concludes the triad that comprises Fort Freak and Lowball. The plot follows officer Francis Black of Fort Freak, vigilante joker Marcus ‘The Infamous Black Tongue’ Morgan and ace thief Mollie ‘Tesseract’ Steunenberg who are stuck in Kazakhstan.

There, the coldblooded Baba Yaga is forcing jokers into an illegal fighting ring, but her hidden agenda is much darker: her fighters’ deaths serve to placate a vicious monster from another dimension.

High Stakes will be published in e-book on February 28th and in paperback on May 4th.