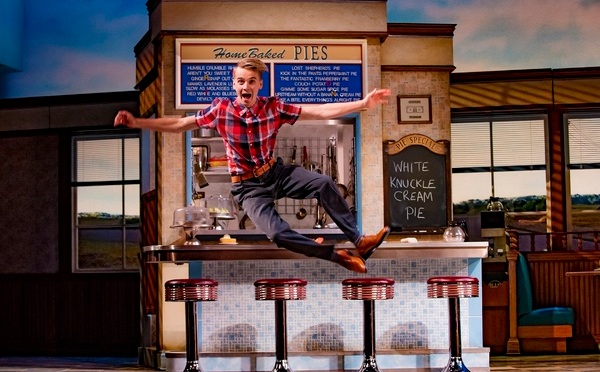 The first images of Joe Sugg’s West End debut have been released.

The former Strictly star has joined the cast of Waitress, in the role of Ogie.

Sugg will also co-host the next Cast Album Karaoke Night on 25th September with Marisha Wallace who plays Becky. Audience members who want to take part just need to sign up before that evening’s show for the chance to sing one minute of any Waitress song, by 7-time Grammy nominee Sara Bareilles, accompanied by the show’s musical director Katharine Woolley live on stage.

Waitress tells the story of Jenna, a Waitress and expert pie-maker who dreams her way out of a loveless marriage. When a hot new doctor arrives in town, life gets complicated. With the support of her workmates Becky and Dawn, Jenna overcomes the challenges she faces and finds that laughter, love and friendship can provide the perfect recipe for happiness. 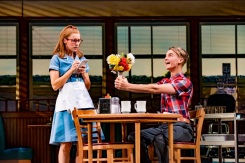 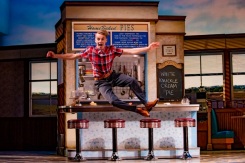 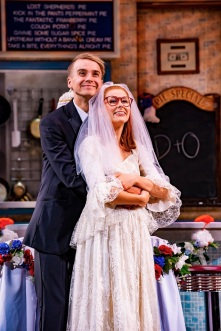