As ever, the announcements of new films are coming thick and fast from the Cannes Film Festival. Here’s a quick catch-up including news on new projects for David Tennant, Jamie Foxx, Will Ferrell and more.

David Tennant will star alongside Mad Men’s Elisabeth Moss in a biopic of renowned Scottish psychiatrist R D  Laing. The film is called Metanoia and will tell the story of Laing’s unique community in East London in the 1960s. Speaking about the project, DT said “I have long been fascinated by the life and work of RD Laing.

“This is a wonderful opportunity to celebrate and discover this important man and I am honoured and thrilled to be involved in telling this story. Robert Mullan’s passion for the subject is inspiring and the presence of the brilliant Elisabeth Moss makes this something I cannot wait to start work on.”

Filming is due to begin early next year.

Armie Hammer and Geoffrey Rush will co-star in Final Portrait, directed by Stanley Tucci. The film is about the friendship between legendary Swiss painter Alberto Giacometti and American art critic James Lord, who agreed to sit for a portrait by his friend. Lord wasn’t quite prepared for the painter’s intensity and the experience put their relationship to the test.

Natalie Portman will star in Jackie – about Jackie Kennedy’s life in the four days following President Kennedy’s assassination. Filming is due to begin later to year.

George Mackay And Johnny Flynn are playing Ray and Dave Davies in You Really Got Me which, of course, is about The Kinks. 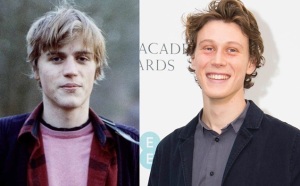 The film is being directed by Julien Temple and will also star his daughter Juno as Ray’s former wife Raza. Filming will take place later this year.

Anna Friel will play Pierce Brosnan’s wife in techno-thriller IT. Brosnan plays Mike Ryan, a self-made businessman whose company is on the verge of changing the aircraft-leasing business when his relationship with a young tech consultant sours. The consultant begins stalking Mike’s daughter and using technology to threaten his family, his business and his life.

Jamie Foxx has signed on to star in drama Blink. The Oscar-winning actor will play a hospital worked tasked with caring for a mysterious victim of a bank robber – but it soon becomes apparent Foxx’s character has his own ulterior motives. Filming begins in the autumn.

Will Ferrell’s next project will be comedy Tom’s Dad for directed Lasse Hallstrom. Arthur is a struggling nightclub performer in 1960’s Nevada who is forced to reconnect with his estranged 12 -year-old son. Filming is due to start early next year.