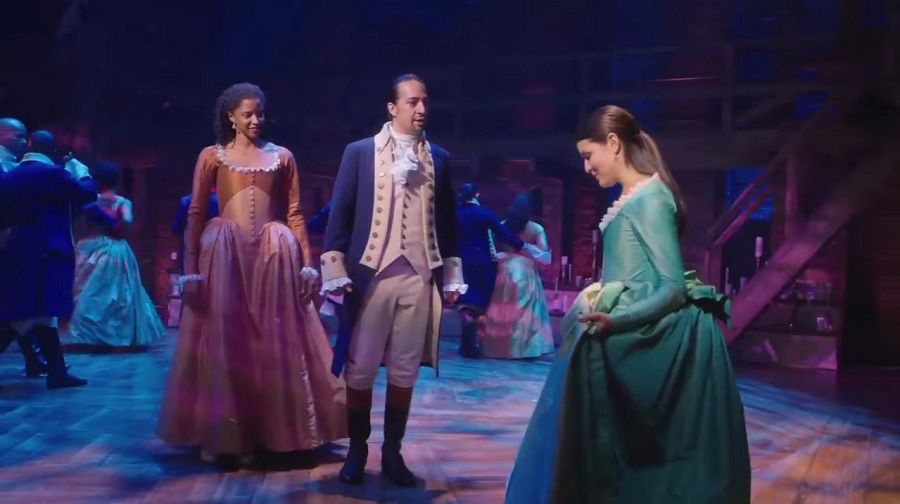 The YouTube video, released by Ye Olde Bard, syncs up the staging of three numbers from the show – Satisfied and A Winter’s Ball/Helpless.

All three show the same love story – that of Eliza Schuyler and Alexander Hamilton – from two different perspectives – those of Eliza and her sister Angelica.

But rather than doing that whole process easily, director Thomas Kail and choreographer Andy Blankenbuehler decided to replay the same scene from both sister’s (played by Phillipa Soo and Renée Elise Goldsberry) perspectives – rewinding and fast forwarding through the same gestures, jokes and sequences to give a more intricate perspective on the Schuyler-Hamilton romance saga.