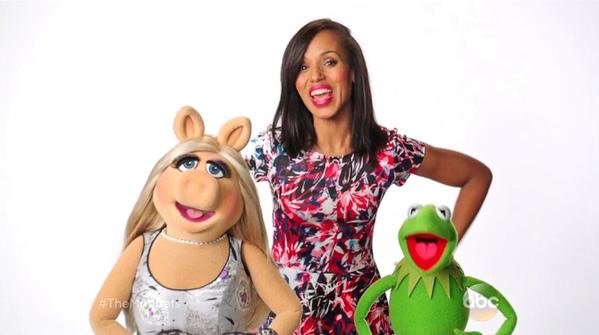 The Muppets have been calling on some celebrity friends to help promote their return to TV. Three new promos have been released featuring Kerry Washington, Patricia Heaton and Nathan Fillion (all of whom star in shows on ABC).

Scandal star Kerry Washington appears alongside Kermit and Miss Piggy in one ad, where she appears rather starstruck.

The Swedish Chef attempts to find food for a picky Patricia Heaton.

And Miss Piggy seems to be getting over her break-up with Kermit.

The Muppets debuts on ABC in the US next month and will be shown in the UK on Sky 1.