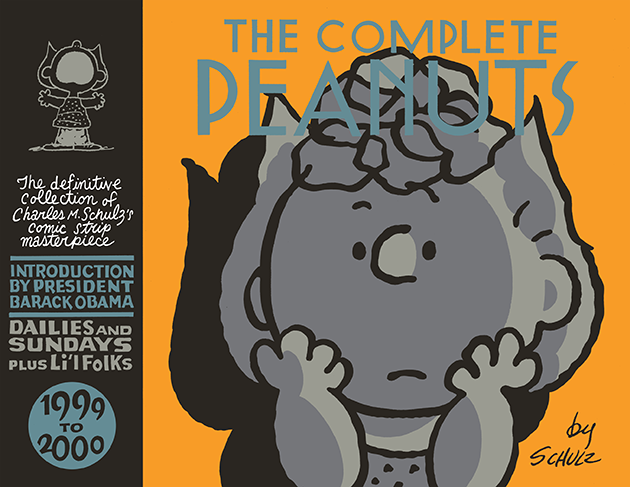 President Barack Obama has written the introduction to the 25th, and final, Complete Peanuts book.

It will include the final adventures of the iconic Peanuts gang, from 1st January 1999 to the final comic strip on 13th February 2000.

The book is the latest latest in a series that UK publishers Canongate with previous introductions from “high profile fans” including Matt Groening, Jonathan Franzen, Russell T. Davies and John Waters.

“In his final strip, Charles Schulz wondered how he could ever forget the Peanuts gang,” writes Obama in his introduction. “Thanks to this ground-breaking series of books collecting all of Charles Schulz’s Peanuts strips, the rest of us never will…”

As well as the President’s introduction, the volume includes another surprise for fans – the complete Li’l Folks, the weekly one-panel comic that Charles Schulz produced for his hometown paper between June 1947 and January 1950. Li’l Folks was a clear precursor to Peanuts, and its inclusion in the 25th volume will bring The Complete Peanuts series “full circle”.