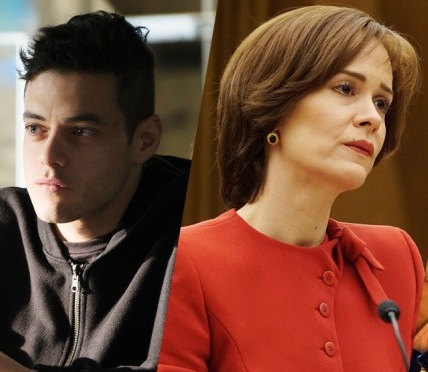 The nominees for this year’s Primetime Emmy Awards will be announced on Thursday July 14.

So, who’s going to be among ths year’s nominees?

Downton Abbey has always been a firm favourite with Emmy voters but I suspect this year it will miss out. The show’s final season wasn’t as strong as it could have been (all a bit too predictable really) although Lord Robert’s projectile blood vomiting certainly stirred things up!

Mad Men has also bowed out during the past year, and in fact it’s not eligible for contention his year.

I think there are more exciting shows that could feature this year. First and foremost seems to be Mr Robot which seems to me to have been THE show to watch. Alongside Game of Thrones and The Walking Dead, Mr Robot is definitely the series I see most media coverage on – both traditional and social media.

For comedy I hope to see Netflix and Amazon take the fight to the traditional media outlets with Unbreakable Kimmy Schmidt and Transparent both garnering nominations. I’ll admit, Kimmy Schmidt wasn’t quite as strong in its second season but Ellie Kemper and Tituss Burgess both deserve recognition.

I would love to see Lily Tomlin and Jane Fonda both be nominated for Grace and Frankie, the show is both laugh out loud funny and incredibly touching and they both deliver top class performances.

The one show that I think has to feature among this year’s nominations is The People vs OJ Simpson. It’s become something of a phenomenon – not least because of the fantastic Sarah Paulson as Marcia Clark. I hope she finally gets the recognition she deserves.