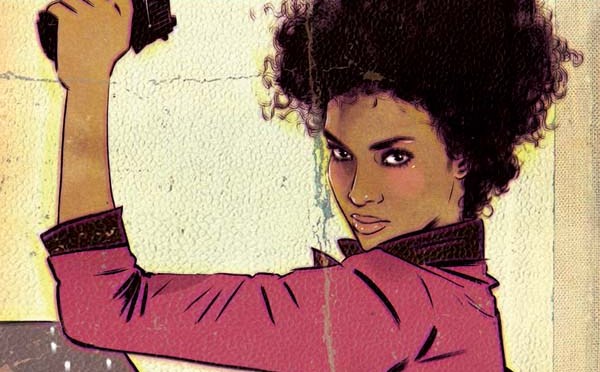 File this under ‘about damn time’.

Miss Moneypenny from the James Bond books and films is finally getting her own comic book.

It is being written by Jody Houser, who has previously worked on the Orphan Black comic book and also Marvel’s Rogue One: A Star Wars Story adaptation. Art for the issue will come from newcomer Jacob Edgar, with a cover by Tula Lotay.

“As someone who came to James Bond late (much to the horror of many of my friends), the idea that I’d get to play in that world is amazing,” Houser said in a statement from Dynamite.

“Writing a character like Moneypenny and exploring what makes her different from the more familiar MI6 operative has been a blast. In this story, we’ll get a look at exactly how she operates and some of the events that made her the woman she is.”

Moneypenny made her debut in the very first Bond novel, 1953’s Casino Royale, and would go on to make appearances in almost every Bond story in book form and on screen, where she’s been played by Lois Maxwell, Samantha Bond and, currently, Naomie Harris. The character has already appeared in Dynamite’s Bond comic books, where she isn’t just M’s secretary, but also his personal bodyguard.