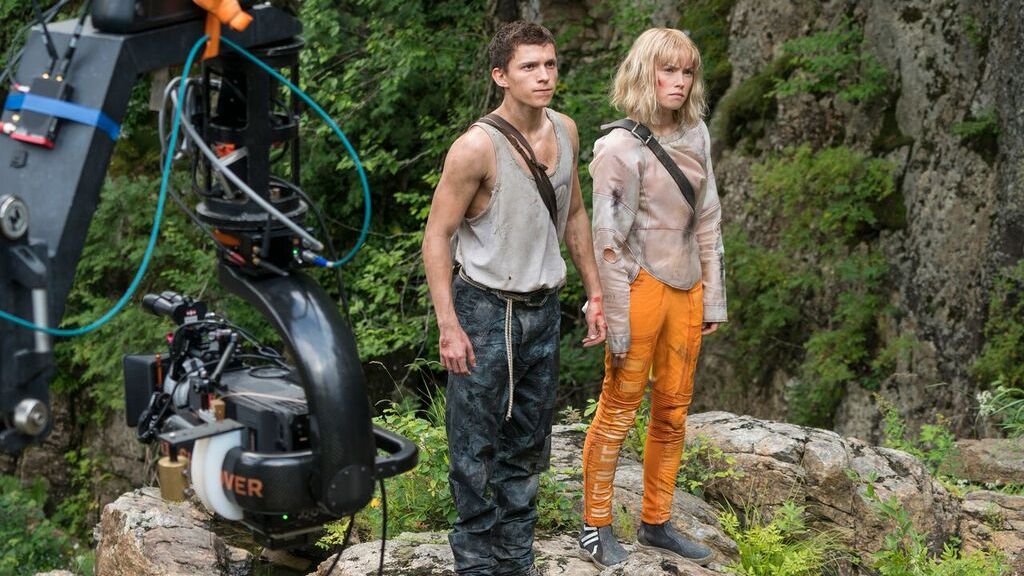 Daisy Ridley’s gone blonde for her next film, an adaptation of Patrick Ness’ YA novel The Knife of Never Letting Go.

Ridley stars alongside Tom Holland in the film, now titled Chaos Walking, which is being directed by Doug Liman.

The sci-fi story is set in a world where women have almost entirely vanished and where those who are left can hear one another’s thoughts.

Holland plays Todd Hewitt and his character teams up with a mysterious young woman who doesn’t appear to be able to speak.

Bringing together stars from two of the biggest movie franchises out there seems like a very smart move by the producers.