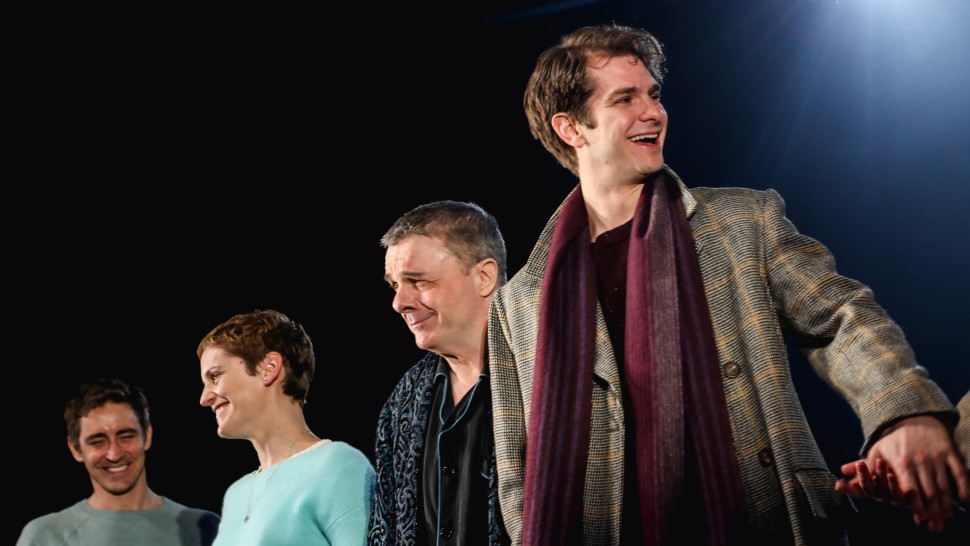 The cast of the recent Broadway production of Angels in America have recorded an audiobook of Tony Kushner’s play.

It is due to be released digitally and on CD on 14th May.

In will feature Nathan Lane as Roy Cohn and Andrew Garfield as Prior Walter, Denise Gough as Harper Pitt, Lee Pace as Joe Pitt, James McArdle as Louis Ironson, Susan Brown as Hannah Pitt, Beth Malone as the Angel, and Nathan Stewart-Jarrett as Belize.

“I’ve always been a lucky playwright (kinehora kinehora pooh pooh pooh), never more so than when Marianne Elliott and her cast of monumentally brilliant and brave actors brought Angels in America to London’s National Theatre and then to Broadway,” Kushner said in a statement.

“Theatre vanishes once the last performance ends, so I count it another stroke of great good fortune that Penguin Random House Audio has transformed this splendid stage production into an experience that’s dramatic and also, in the audiobook’s theatre of human voices, novelistic in its intimacy. Listening to it has been for me a rediscovery of the plays.”