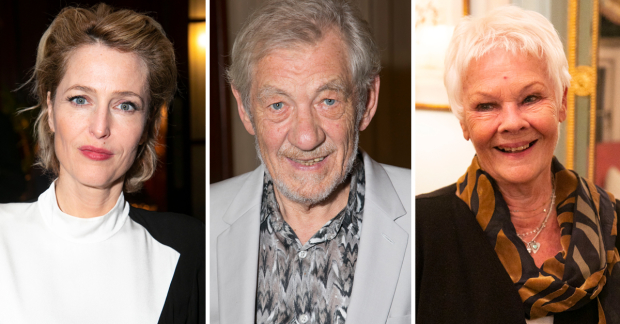 Gillian Anderson, Ian McKellen, Judi Dench, Ronan Keating, Carherine Tate and Damian Lewis are among the actors who will be taking part in a new production of Whodunnit [Unrehearsed].

The play will be narrated by the voices of McKellen and Dench, and each night a performer will step in to play the Inspector, without ever having seen the script.

The murder mystery spoof is set in an isolated manor and the inspector has to solve the crime in real time.

They will all have their lines fed to them live on stage via an earpiece as they attempt to crack the case.

The actors are donating their time in order to raise money for the Park Theatre. Audiences will only discover which star will be at each performance when they appear onstage.

After its initial run at the Park Theatre from 15 to 27 July, the show will run at the Edinburgh Festival Fringe from 31 July to 27 August.