Comedian Russell Kane has signed a deal to publish his memoirs, with the book mostly focusing on his relationship with his dad.

According to Kane, his dad is an alpha-male and he intends to discuss their relationship in Son Of A Silverback, which will be published on 31st October.

Russell Kane has written his memoirs about stepping out of the shadow of his alpha-male father.

Kane said: “I spent the first part of my life grooming the silver back fur of the alpha male lump of meat who was my Essex dade Dave – of course he was called Dave.

“It was as my mate Steve was weeing himself laughing as I re-told him the story of my dad smashing up a boiled egg because it wasn’t cooked right, that I thought, hang on… I’ve got an interest-only mortgage  – even if I carry on gigging for another 25 years till I’m like Ken Dodd on caffeine, I’ve still got a debt-hole looming. Need to write a book. Sod it. Dad’ll do.” 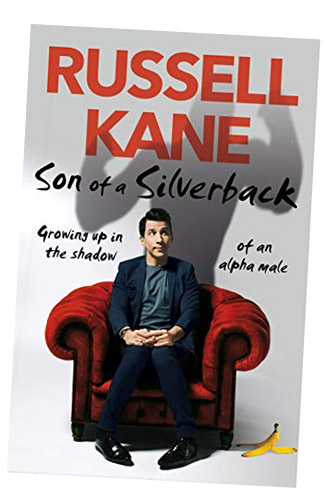