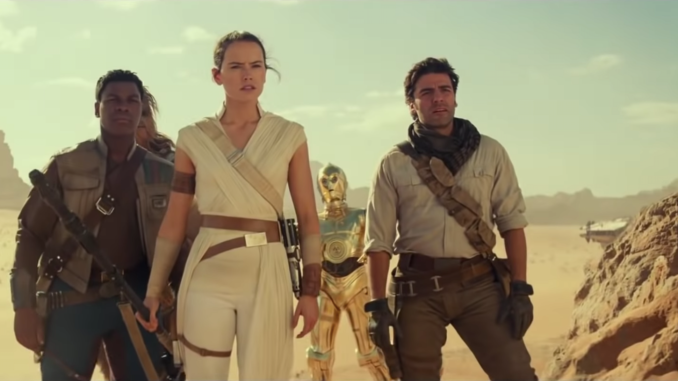 In an interview with the LA Times, Star Wars boss Kathleen Kennedy has hinted that some of the characters from the current Star Wars trilogy could go on past The Rise of Skywalker.

Speaking about what’s next for the franchise, Kennedy said “she plans to make key decisions about the direction of the franchise in the coming weeks. But some things she already knows. While the Skywalker saga is ending, the company won’t abandon the characters created in the most recent trilogy.”

So could that mean more big, or screen, outings for some of the characters we have grown to love over the new trilogy?

We already know there are two new Disney Plus shows coming, one focusing on Obi-Wan Kenobi and the other on Cassian Andor, Diego Luna’s character in Rogue One.

Of course, it’s unlikely anything would be announced in the coming weeks. Kennedy doesn’t want to spoil what might happen to characters in The Rise of Skywalker.

Definitely something to keep an eye on.