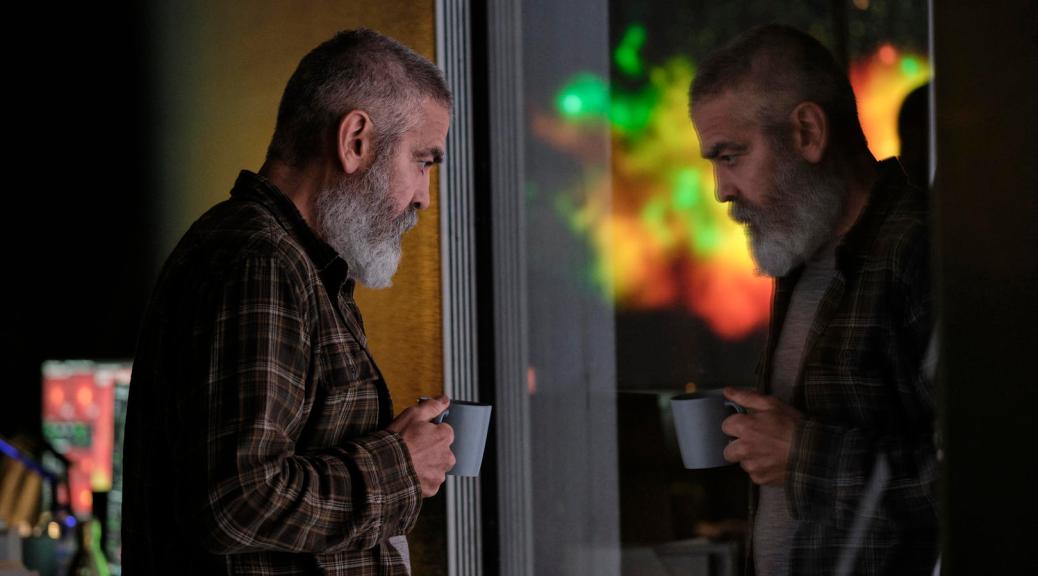 George Clooney is back in front of and behind the camera with his latest film, The Midnight Sky.

The post-apocalyptic tale follows Augustine (George Clooney), a lonely scientist in the Arctic, as he races to stop Sully (Felicity Jones) and her fellow astronauts from returning home to a mysterious global catastrophe.

The film will be released on Netflix in December.