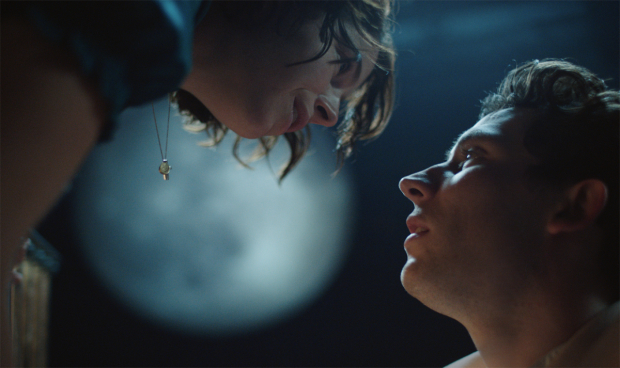 The National Theatre has released the first image of the filmed version of Romeo and Juliet, starring Josh O’Connor and Jessie Buckley.

The venue utilised the stage spaces of its Lyttelton theatre to house the production of the 90-minute film over the course of a three-week shoot.

The film will premiere in the UK on Sky Arts, when it will be broadcast at 9pm on Sunday 4th April. In the US, it will be on PBS on Friday 23rd April.

Joining O’Connor and Buckley in the film are  Adrian Lester as the Prince, as well as Lloyd Hutchinson as Lord Capulet, Colin Tierney as Lord Montague and Ella Dacres as Peta, Fisayo Akinade as Mercutio, Deborah Findlay as the Nurse, Tamsin Greig as Lady Capulet, Lucian Msamati as the Friar, Shubham Saraf as Benvolio, David Judge as Tybalt, Alex Mugnaioni as Paris and Ellis Howard as Sampson.