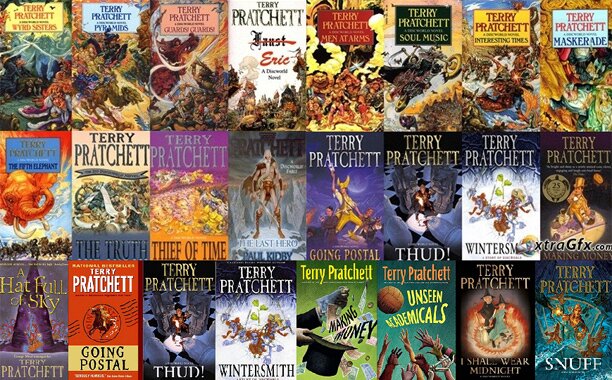 The new recordings will be published over the next two years as a set of Discworld subseries: Witches (April 2022), Wizards (July 2022), Death (October 2022), Moist von Lipwig (February 2023) and City Watch andTiffany Aching(April 2023).

The standalone titles Pyramids, Small Gods, The Truth, Moving Pictures, The Amazing Maurice and Monstrous Regiment will also be published.

A special Christmas edition of The Hogfather read by Clifford will publish early in December 2021.

The project will involve narrators reading nearly four million words, spending almost 150 days in the studio and resulting in more than 400 hours of finished audio.

Nighy will star as the voice of Pratchett, who annotated the Discworld series with his famous footnotes.

Peter Serafinowicz will voice the part of Death throughout the series. Indira Varma is lending her voice to the Witches books, Clifford is reading the Death books and Colin Morgan will read theWizard books, along with Serkis, sreading the standalone title, Small Gods, with more casting for the rest of the series still to be announced.

Nighy said: “I’m honoured to voice the footnotes and bring to life one of the funniest, quirkiest and best-loved aspects of Terry Pratchett’s world. He added footnotes to the pages of all of his Discworld novels. They are his personal commentary on the action, little snippets of information or funny asides. They feel very much like the voice of the great man himself commenting on the action. I’ve enjoyed it enormously.”