James Norton leads the cast of Belleville which opens at the Donmar Warehouse next month, and here’s some shots of him hard at work in rehearsals. 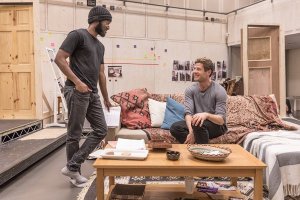 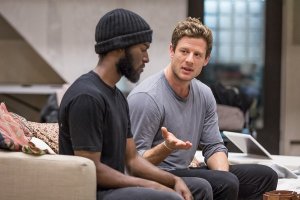 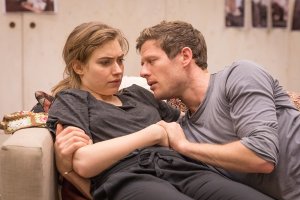 Norton appears alongside Imogen Poots, Malachi Kirby and Faith Alabi in the play which is based on the life of a dysfunctional couple living in a bohemian idyll in central Paris.

Belleville runs at the Donmar Warehouse from 14 December to 3 February, with previews from 7 December.