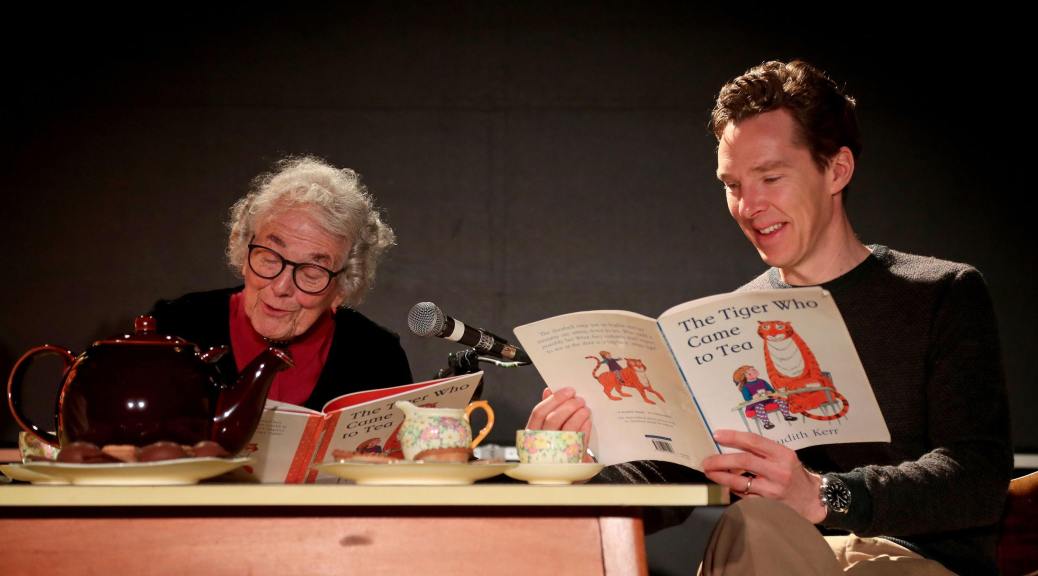 Channel 4 is turning Judith Kerr’s beloved children’s book The Tiger Who Came to Tea into a half hour animated film which will be broadcast at Christmas.

The film features the voices of David Oyelowo, Benedict Cumberbatch, Tamsin Greig, David Walliams and Paul Whitehouse, and the role of Sophie will be taken by seven-year-old Clara Ross, who makes her TV debut.

The special is being made by the team behind previous festive shows We’re Going on a Bear Hunt and The Snowman and the Snowdog.

The book tells the tale of the eponymous big cat who shows up at Sophie’s front door and proceeds to eat the family out of house and home, even going so far as to drink all of the water out of the taps, before declaring: “Thank you for my nice tea. I think I’d better go now,” and departing.

Oyelowo said: “Who wouldn’t jump at the chance to play the iconic Tiger from The Tiger Who Came to Tea? He’s a big cat of few words because he’s too busy eating! But I relished all of the growling, chomping and slurping, which called on me to find my inner cat.”

The book, which came out in 1968 and has sold more than 5 million copies, was written and illustrated by Kerr, who died this year at the age of 95.