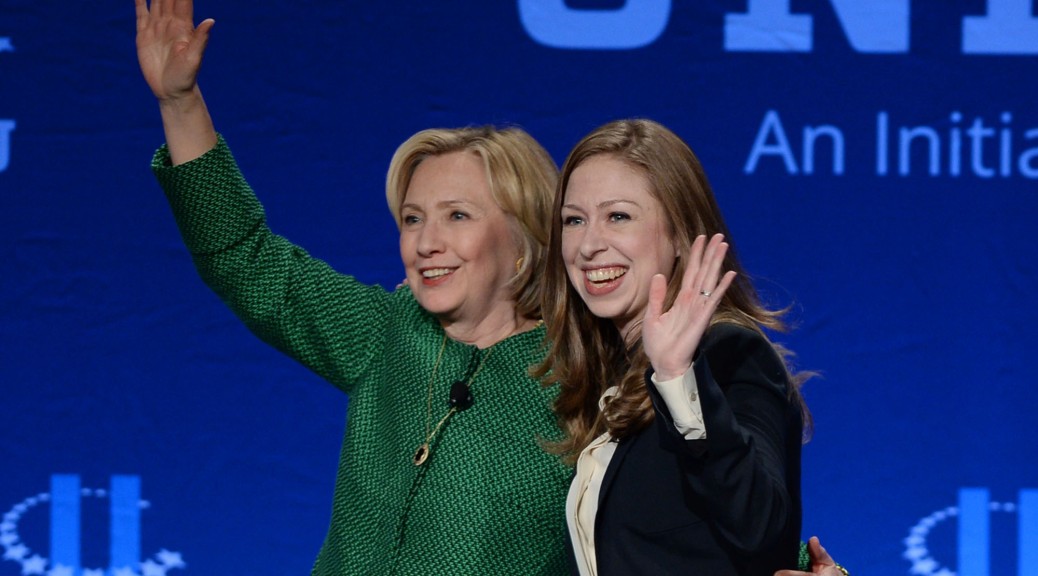 Hillary and Chelsea Clinton have signed a deal to release a new book profiling women who have “inspired throughout their lives”.

The Book of Gutsy Women: Favourite Stories of Courage and Resilience will feature portraits of more than 100 women, celebrating the histories that all too often get overlooked or are left unwritten according to the book’s official synopsis.

“The women featured in the book range from Greta Thunberg, a 16-year-old climate activist whose Asperger’s syndrome has shaped her advocacy, to Sor Juan Inés de la Cruz, a 17th-century nun and poet whose outspoken views on women’s role in society scandalised audiences.”

Other stories include: Mary Edwards Walker, a Civil War surgeon who was arrested more than once for wearing trousers; Marie Curie and her daughter Irène, who worked side-by-side in their laboratory; Rosa May Billinghurst, the suffragette who lost the use of her legs and campaigned in a tricycle for the right of women to vote, Shirley Chisholm, who ran for US president in 1972; Ellen Johnson Sirleaf; the first woman to lead an African country; Manal al-Sharif, who filmed herself driving a car in defiance of Saudi custom in 2011 Chimamanda Ngozi Adichie, whose observations about feminism “have changed the conversation” as well as Ellen DeGeneres, “who broke barriers in media and entertainment while making audiences laugh” along with “heroines in the Secretary and Chelsea’s own circles of friends and family, and more”.

Hillary Clinton said: “Each of these women has fought and won the kinds of victories that pave the way for progress for all of us. To us, they are all gutsy women—leaders with the courage to stand up to the status quo, ask hard questions, and get the job done. This book is a continuation of a conversation Chelsea and I have been having since she was a little girl, and we are excited to welcome others into that conversation.”

Chelsea Clinton added: “The gutsy women in this book share a fierce optimism that their work and lives will make a difference in the world. And, they’re right. We hope readers will draw strength from their stories as we have, because if history shows one thing, it’s that the world needs more gutsy women.”

The book will be released in the UK, US, Australia, Canada and India on 1st October.