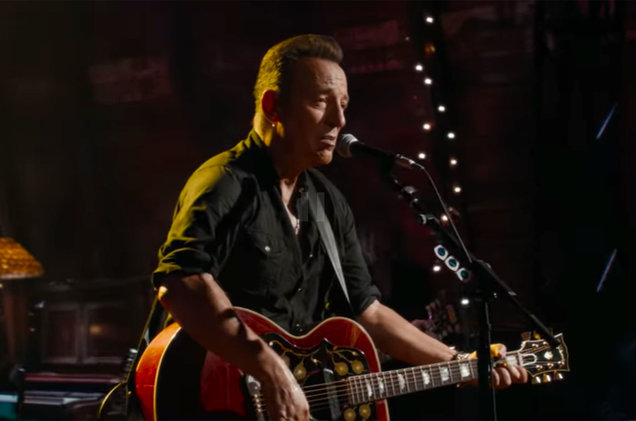 The Boss hits the red carpet at the BFI London Film Festival today.

He has co-directed the film which aims to bring the live experience of Springsteen’s 19th studio album to fans.

Filmed in a majestic old barn, Springsteen (joined by his wife Patti Scialfa, a small orchestra and handful of accompanying musicians) performs his latest record from start to finish, intercut with a series of vignettes in which he reflects on the songs and ruminates on the loves, challenges and regrets he has faced in his own life.