A book paying homage to Coleen Rooney’s WAGatha Christie skills will be released next month.

Lucien Young has written And Then There Was… One: The Story of WAGatha Christie. It will be published on 5th December..

Dubbed the media moment of 2019, Rooney revealed on social media last month how she used a closed Instagram account to track down the alleged source of leaked stories about her. Her post finished with the classic pay-off:  “It’s…….. Rebekah Vardy’s account”. 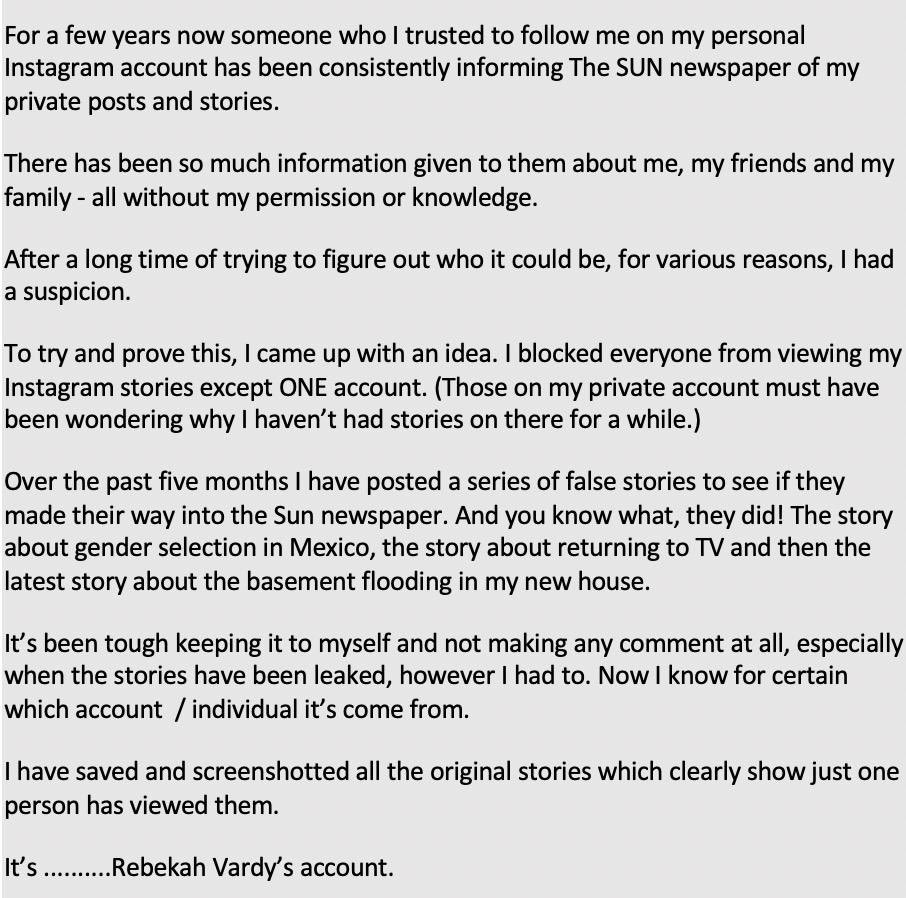 72.9K people are talking about this

The book retells the moment with words by comedy writer Young alongside “charming and satirical illustrations introducing the new queen of crime” from Ollie Mann.

The book’s publishers said: “For years to come, we’ll all remember where we were at the moment Coleen Rooney posted that screenshot, and how we felt when our eyes scoured every single dot in the ellipsis of that final line: impressed, confused, elated. Sensible people across the nation lost their minds. Life came to a standstill. As the proud publishers of the works of Agatha Christie, we are delighted to be releasing this affectionate tribute to the mystery genre. No Christmas stocking will be full without a copy of And Then There Was… One.”