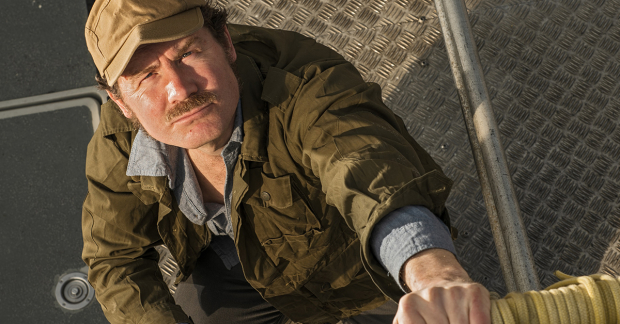 A comedy play set behind the scenes of Jaws will open in the West End in May.

The Shark is Broken is written by Ian Shaw (the son of Robert Shaw) and Joseph Nixon.

In the play, Shaw stars as his father alongside Demetri Goritsas as Roy Scheider and Liam Murray Scott as Richard Dreyfuss.

The stage show follows the three actors as they sit on a boat and wait while their mechanical co-star is fixed.

The production runs from 11 May to 18 July at the Ambassadors Theatre.