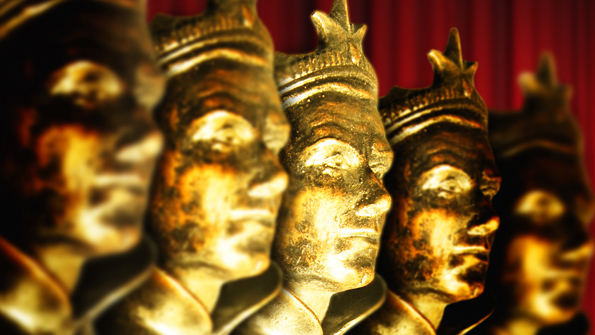 This year’s Olivier Awards, honouring the best in British theatre, will take place on 25th October.

The winners will be unveiled in a special digital broadcast hosted by Jason Manford, presented on ITV and Magic FM. It will be filmed in different areas of The London Palladium, featuring “unique performances and interviews.”

The main show will be broadcast on ITV with a special pre-show broadcast on Official London Theatre’s YouTube channel showing winners from categories not being presented on air.

Meanwhile, the 2021 Awards are unlikely to go ahead, given the ongoing pandemic and absence of nominees.

Julian Bird, chief executive of Society of London Theatre and executive producer of the Olivier Awards, said: “We are excited to be able to honour this year’s nominees and winners during a very difficult time for our industry, and demonstrate the outstanding talent we have in our theatre sector in the UK. Coming together to celebrate their achievements feels more poignant now than ever before as we all fight collectively to save our theatre industry. I hope that everyone working in, or simply missing the theatre, will join us on the 25 October to celebrate last year’s achievements and remain hopeful for our future”.

Nominations for this year’s awards were announced at the beginning of March.

& Juliet leads the pack with nine nominations, followed by Fiddler on the Roof with eight and Dear Evan Hansen with seven.

In the play categories, Cyrano de Bergerac, Death Of A Salesman and Rosmersholm share the top spot with five nominations each, with Present Laughter receiving four.