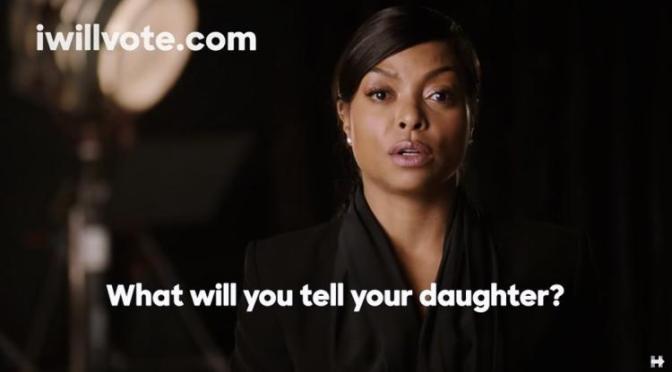 Taraji P Henson and the cast of Empire have made a video encouraging people to vote for Hillary Clinton.

The minute-long ad was directed by Empire creator Lee Daniels and features much of the cast (although Terrence Howard is conspicuous in his absence).

Among those showing their support are Jussie Smollett, Gabourey Sidibe and Bryshere Gray.