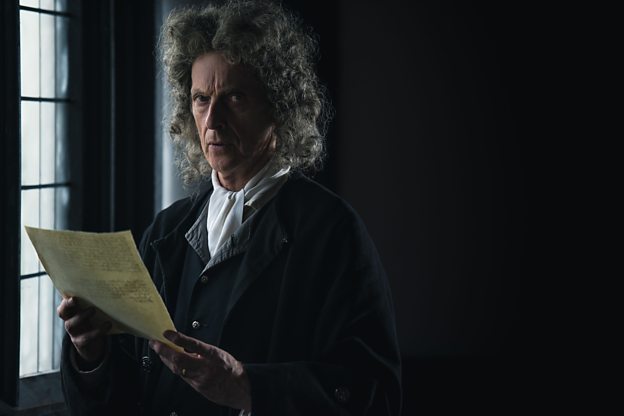 Peter Capaldi will be getting all spooky this Christmas, starring in Martin’s Close for BBC Four.

The standalone 30-minute drama is based on M.R. James’ ghost story of the same name, and is adapted and directed by Mark Gatiss.

In 1684 John Martin is on trial for his life. Facing him, the infamous ‘hanging judge’, George Jeffreys. But this is not a cut and dried murder case. Because the innocent young girl Martin is accused of killing has been seen after her death…

Mark Gatiss says: “After the delightful success of last year’s The Dead Room, it’s a fantastic privilege to continue the tradition of the Christmas Ghost story on BBC Four – and what better than one of my favourite stories by the master of them all, M.R. James?”