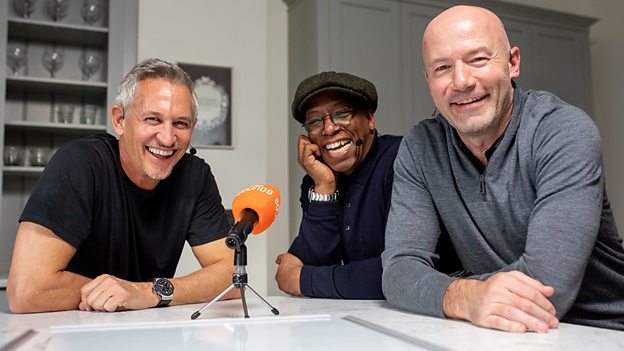 The BBC’s flagship footie show Match of the Day has launched its first ever podcast on BBC Sounds.

The series will be recorded in Lineker’s kitchen and will see the trio getting into deep discussion to produce a top 10 on a variety of topics, ranging from Premier League captains to modern day goalkeepers, with Spanish midfielders of the 21st century thrown in between!

Speaking about the new podcast, Lineker said: “Pulling a top 10 together seems an easy task but when you think back over the years we soon found out it was quite a challenge and one that sparked off many a debate. There’s so many amazing talking points in football, past and present, so it’s a pleasure to have Alan and Ian round my place to discuss these for the podcast – I might even provide lunch if we can agree on a few things!”

The first episode of Match Of The Day: Top 10 is available from March 18 only on BBC Sounds, with a new episode dropping every Wednesday thereafter for 11 weeks.