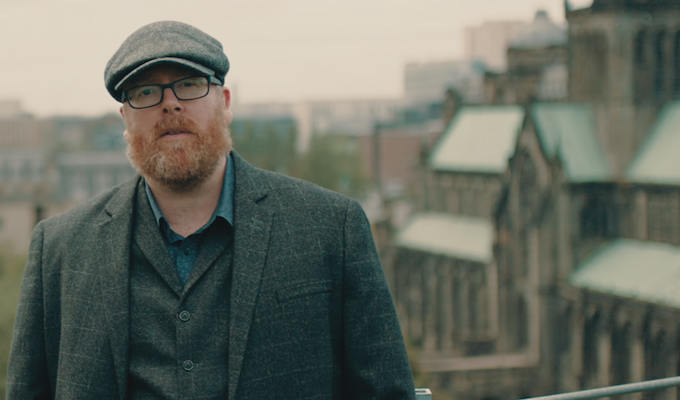 Comedian Frankie Boyle has written his first novel, described as a crime thrilled set after the Scottish independence referendum.

Meantime is due to be released in July 2022, and follows Valium addict Felix McAveety as he tries to solve the murder of his best friend.

When police lose interest in the case, Felix enlists the help of retired crime novelist Jane Pickford. Their quest takes them into “the dark heart of Scottish politics, the orbit of drug dealers, and the matrix of AI, as they seek justice for their friend”.

Speaking about this book, Boyle said: “I love crime fiction, and I love funny novels, so I thought I’d have a bash at putting them together. I’m also very keen on not going mad during a lockdown, and writing the book really helped with that. If you want to read about someone with few skills and little insight making a very poor attempt to solve his friend’s murder, this is the book for you.”